Warning: "continue" targeting switch is equivalent to "break". Did you mean to use "continue 2"? in /home/lacuisine/public_html/wp-content/plugins/essential-grid/includes/item-skin.class.php on line 1041
 Our Team | La Cuisine Cafe, Market & Catering 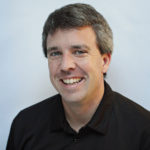 Brendan Bloom: One of Brendan’s earliest memories as a child was the smell of fresh baked goods emanating from the family kitchen as his parents, new business owners, were hard at work tinkering with recipes for cakes, muffins and scones that were made from scratch each day.   He had the best job as child – tasting all of the amazing items that were coming out of the oven.

Fast forward to today and Brendan still considers his to be the best job in the world, working with an amazing group of dedicated professionals to create handcrafted, delicious food and provide the most gracious service money can buy.   Brendan has travelled abroad and lived all over the country, including San Francisco, Boston, Thailand, Laos, Vietnam, Chile and Ecuador.   Although he loves the diversity of flavors from abroad,  America is the place where it all comes together…an amazing melting pot of food cooked with outstanding domestic ingredients and a touch of America ingenuity.   For him, it was only natural that life’s path would lead him back to the thing he loves and obsesses about most: food!

After graduating from Colby College, Brendan dabbled in law and in sales.  But, when the opportunity presented itself to rejoin La Cuisine in 2006, those childhood memories all came flooding back.   In 2015, he was able to buy La Cuisine from his parents.    We are now once again a family run business with the addition of Brendan’s wife and business partner, Christina Holmes.   When not working Brendan loves to surf, compete in triathlons, travel, eat, and most importantly spend time with his two little boys Finn and Ryder.    Life is a journey, enjoy it with a full belly! 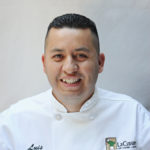 Luis Salinas is our talented Executive Chef. He oversees food production for both the Café and Market as well as La Cuisine’s custom catering business. Luis came to the States from Ecuador in 1999, where he was living and working on his parent’s cattle ranch. After several years of fast paced breakfast and lunch line cooking, Luis decided to broaden his horizons into fine dining. He worked under then Executive Chef Uli Weil at Elizabeth’s Café in Madison. In 2008 Luis joined the culinary team at La Cuisine team and was soon promoted to Sous Chef of the Café and Market, blending his line skills with a focus on made from scratch cooking using only the best ingredients. When the time came to find a new Executive Chef for the company we searched no further than Luis! His years of experience, amazing sense for flavors and ingredients, and his can do attitude make so much of what we do at La Cuisine possible. 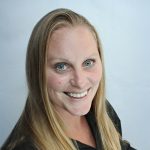 irina Scott is the Catering Manager at La Cuisine and is responsible for all of the final coordination required to execute an amazing event. She communicates with multiple vendors to provide tents, rentals, china, and flatware and most importantly, once the job has commenced, Tirina orchestrates the flow of service to deliver an incredible guest experience. Tirina learned the catering business early by working with her mother who was a catering manager. During college and afterwards, Tirina worked for Sodexo in the catering department and then as the Operations Manager for Courtyard by Marriott. Through a series of family connections Tirina and her husband found their way to Branford, CT and we are so lucky that they did! 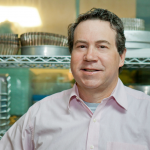 Micheal Bosco  is La Cuisine’s most seasoned employee (pun intended).  He joined our team almost 25 years ago and has literally done and seen it all.  Micheal is a shining star of positivity and kindness, always ready with a quick “hello” or “what can I do to help.” Micheal  is originally from Spring, Texas, and he moved to Connecticut in 1993. He started his career with La Cuisine at the Volvo Tennis Tournament and subsequently worked at many other events including the Staten Island Bike Race, the Yale Tercentennial, backstage for rock and roll shows in New York City at the Apollo Theater, Beacon Theater, Madison Square Garden, and in Central Park.  Micheal’s role evolved into sales and event planning for La Cuisine in 2001 and he now works closely with brides to plan their weddings, as well as with members of the Yale community and local businesses. Micheal lives in North Branford with his wife Lauren.  In his free time he enjoys collecting art, skiing, playing golf and traveling. 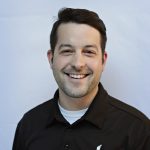 Tim McNamara has a passion for food, service and people and is no stranger to restaurant hospitality and event planning. His father has spent nearly 40 years in the business!  Growing up, Tim was always intrigued by how restaurants work, how food truly warms the soul, and the overall process of providing a great experience. After graduating with a business management degree, Tim moved to New York and quickly became a successful restaurant manager in an upscale eatery.  Tim eventually returned to the CT shoreline and worked as a manager for a prominent restaurant and hospitality company.  In 2013, he  took what he’d learned in food and management and joined La Cuisine as part of our sales and event planning team where he now works with his clients to create truly personalized events.  Tim lives in Madison, CT with his wife Chelsea and 3 year old son Camden. He enjoys eating out, the great outdoors, snowboarding, the beach, sports, and most of all, spending time with his family.

Tracy Jackson joined the La Cuisine family in 2010. For the 12 years prior to coming on board, Tracy had owned and operated coffeehouses/cafes in downtown New Haven under the names of Koffee?/Koffee too?/the Publick Cup. She brings with her a diverse knowledge of the food service industry along with her passion for success for both the business and the customer. In her current role, Tracy handles all of the internal finances and accounting for La Cuisine. You may also find her helping customers in the cafe, or out in the gardens along the parking lot, another one of her passions. 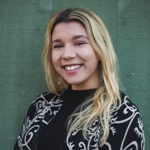 Bianca Zacharias has been part of team La Cuisine since 2014 and was promoted to the role of General Manager of the Café & Market in November 2017.  Known for her cheery disposition, Bianca has a knack for connecting with customers and her team.  Outside of work, Bianca can be found studying as she pursues her Business Administration degree, traveling, eating amazing food, and working out.  One fun fact about Bianca is that both her mother and two sisters have been part of team LC over the years. We are so excited that she is now in a leadership role on the team and we are looking forward to many great things from Bianca! 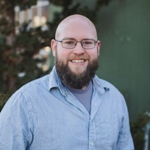 Chris Lucia is the Pastry Chef who creates the delicious scones, muffins, cookies, cakes and other desserts that are served in the Café & Market and at catered events. He joined La Cuisine as the Pastry Chef in 2017 and has a Baking and Pastry Arts degree from the Culinary Institute of America. Some of his previous experience includes baking pastries for Bouchon Bakery and bread for Per Se in New York City.  Aside from making delicious sweets and treats, Chris enjoys board games, brewing beer, and spending time with his wife and their two daughters. 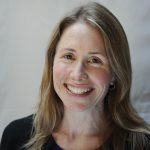 hristina Holmes  and Brendan met at Colby College, traveled across Asia and explored northern California together before they were married in 2008. As the newest member of the La Cuisine team,  Christina is focused on marketing and planning. Before joining the company, Christina led teams and managed marketing in various roles at LEGO, iProspect and The Princeton Review. Inspired by the mission of fresh, handcrafted and creative food and the committed and passionate La Cuisine team, Christina joined the business in 2016. Outside of work, she loves to travel, hike, run and spend time with Brendan and their two boys.

Photography & Design: We are so grateful to the artists who have helped us to create this site. Credits go to: Shauna McSherry at Aurora Images, Carolina Rivera at CWR photography, Lena Teveris at Tasteful Imagery, and Marcie Maler at Maler Photography.